Ideas, Actions, and Inspiration for a Better Tomorrow - October 17 Edition 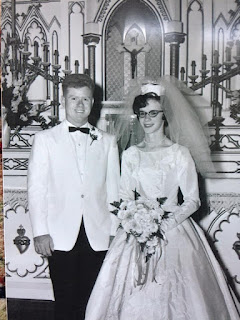 How to get more people to ride the bus

“Almost every major U.S. city has seen years of decline in bus ridership, but Seattle has been the exception in recent years. Between 2010 and 2014, Seattle experienced the biggest jump of any major U.S. city. At its peak in 2015, around 78,000 people, or about one in five Seattle workers, rode the bus to work.

That trend has cooled slightly since then, but Seattle continues to see increased overall transit ridership, bucking the national trend of decline. In 2016, Seattle saw transit ridership increase by 4.1 percent—only Houston and Milwaukee saw even half that increase in the same year.

Bus service is crucial to reducing emissions in the Seattle region. According to King County Metro, which serves the region, nearly half of all greenhouse gas emissions in Washington state come from transportation and its operation displaces roughly four times as many emissions as it generates, by taking cars off the road and reducing traffic congestion. The public transit authority has been recognized for its commitment to sustainability and its bus fleet is projected to be 100 percent hybrid or electric by 2018.

So what exactly did Seattle do to improve ridership in a city famously clogged by cars? Three people with different positions in the Seattle transit community—a  bus driver, a transportation official, and a transit advocate—weigh in.”

The US Must Improve its Long-Term Care Industry

“Conversations around health care in the US often revolve around doctors, hospitals, and the rising cost of insurance. Lost in these exchanges is the importance of the long-term care industry. As the population ages, direct care workers such as home care aides and certified nursing assistants are becoming essential to more families in the US. Census estimates indicate that by 2050, the population aged 65 and over will be almost double what it was in 2012. 70 percent of that population will require long-term care.

The rising number of clients is just one challenge faced by the long-term care industry. Its workforce is marked by low levels of training, poor earnings, and high turnover rates. To address these mounting concerns, the Aspen Institute Economic Opportunities Program and Health, Medicine and Society Program gathered a panel of experts on the long-term care industry. This latest conversation in the Working in America series was moderated by Alison Kodjak, health policy correspondent for NPR.

Paul Osterman, co-director of the MIT Sloan Institute for Work and Employment, opened the discussion by sharing insights from his new book, Who Will Care for Us?. “Long-term care is a challenge because it’s confusing, expensive, and because the costs and need for it are going to explode as people get older and retire,” Osterman said. He explained that, despite being protected by an Obama-era minimum wage and overtime extension, many of the 2 million home care workers live on or below the poverty line. The workforce is dominated by women of color who care deeply about their jobs, but receive little to no training.

Adria Powell aims to change that. Joining Osterman for the panel discussion, she explained that as president of Cooperative Home Care Associates she has advocated on behalf of her organization’s workers by investing in their career development. CHCA uses peer mentors to help new home care workers adjust to the demands of their jobs. They also provide them with opportunities for career advancement. Powell believes that we must reframe the narrative around home care workers. Too often they are seen as companions. “We always push to see that the home care worker is included as part of the health care team,” she said. “That home care worker probably spends more time with the patient than anyone else.”

Yet nearly all women—95%—report that male perpetrators of such abuse usually go unpunished.

The poll did provide some promising results: 75% of American call workplace sexual harassment a problem, while 64% deem it a “serious” problem—that’s an increase of 11 and 17 percentage points, respectively, since the last similar poll in 2011. But despite wider awareness about sexual harassment in the workplace, it remains prevalent—to an alarming degree.”

Sleep Scientist Warns Against Walking Through Life 'In an Underslept State'

“The National Sleep Foundation recommends an average of eight hours of sleep per night for adults, but sleep scientist Matthew Walker says that too many people are falling short of the mark.

"Human beings are the only species that deliberately deprive themselves of sleep for no apparent gain," Walker says. "Many people walk through their lives in an underslept state, not realizing it."
Walker is the director of the Center for Human Sleep Science at the University of California, Berkeley. He points out that lack of sleep — defined as six hours or fewer — can have serious consequences. Sleep deficiency is associated with problems in concentration, memory and the immune system, and may even shorten life span.
"Every disease that is killing us in developed nations has causal and significant links to a lack of sleep," he says. "So that classic maxim that you may [have] heard that you can sleep when you're dead, it's actually mortally unwise advice from a very serious standpoint."
Walker discusses the importance of sleep — and offers strategies for getting the recommended eight hours — in his new book, Why We Sleep.”

“My alarm went off at 4:30 a.m. Determination masked my sleepiness. My goal was simple: to photograph the famous Fushimi Inari Shrine near Kyoto, Japan without any people. The early bird gets the photo.

For the past seven years, I have roamed the world working as a freelance photographer and running photo trips in Asia. The secret to travel photography is getting up painfully early. The reward is silence, photos with clean backgrounds and a glimpse of the real culture.

Whether you are shooting with an iPhone 6 or a DSLR, these tips will help polish your photography skills for your next adventure.”