Phillip Seymour Hoffman's death on February 2, 2014, at the age of forty-six saddened me for several reasons. One, being an actor, I always feel a sense of loss when a young, talented performer exits this world, especially when it is a self-imposed exit, be it accidental or intentional death. Two, as someone who has fought my own demons, I empathize with someone struggling to overcome addiction. Three, as a long-time diarist, it was disturbing that some details in Mr. Hoffman's private diaries were made public.


Some of what I read included:

His diaries did not include suicidal thoughts or chronicles of drug activity, according to sources who saw them, though the entries did provide insight into the actor's state of mind. The private journals contained musings about his struggles with addiction, as well as thoughts that were tough to decipher.

Writing in his private diaries, the 46-year-old Hollywood star talked about feeling 'caught in between' long-time girlfriend Mimi O'Donnell and another woman he had recently met. Hoffman's journal entries suggested that his relationship with his unidentified new paramour may have triggered his split from O'Donnell, who asked him to move out of their Manhattan home three months before his death.

In his often incoherent 'secret diaries,' Hoffman had described being troubled by 'demons,' wrote about drug deals, and his struggle to overcome his addiction with Narcotics Anonymous meetings".


I understand the public's curiosity surrounding the actor's death, especially the sordid details. I also know that the authorities used this information to shed light on the investigation. While the exposure of his writings seems to have been minimal, for anyone to reveal portions of his diaries for public consumption infringes on his privacy; these are his personal musings. Yes, he's dead and he was a celebrity, but even dead celebrities—and their families—deserve some degree of privacy. This situation prompted me to consider the security of my own journals. 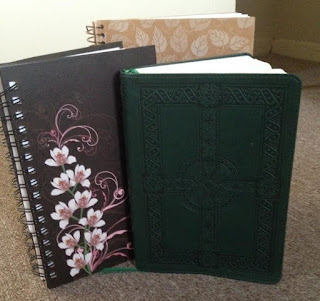 Twenty-three years of journal writing have helped me transcend challenges and achieve goals. These journals are repositories for life events, a chronicle of my time on this planet. While there are many positive and inspirational entries, there are also dark ones that contain information that I prefer remain secret.

When one keeps a record of her life, how to keep those records from prying eyes is an important decision. It is also critical that there be instructions upon one's death for the disposal, storage, or transfer to someone else's possession of these diaries. Some questions to ask yourself are:


Consider all these issues and include the instructions in your will. The last thing we want is for our most intimate thoughts and struggles to be broadcast to the world without our permission. What is shared publicly should be dictated by our wishes, not haphazardly released by the media, police, family or friends, no matter how well-meaning their intentions. This is your life story and how you decide to share it should remain in your hands alone.

It's time for me to make these plans; I have yet to do so. I'll let you know what they are once completed as a follow-up to this piece. If you haven't made provisions for your journals yet, I encourage you to do so. If you have made plans for securing your journals, please share them in the comments. You may help me or other diarists decide what actions to take.