Solo in Paris - The Joy of Planning 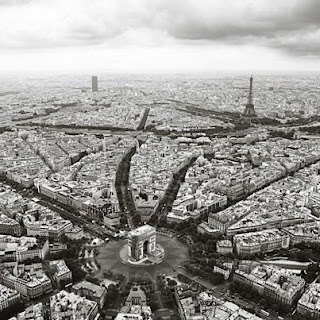 Ever since I was a little girl I have been enamored with anything French because their language and culture embodied everything that in my imagination was exotic and romantic. I studied the French language all four years in high school followed by three years in college. Unfortunately, I’ve never had the opportunity to actually use my French, until now. I depart for Paris tomorrow.

I enjoy making a plan and compiling lists and checking items off that list, so I have been in heaven the past six months preparing for my adventure. Much of that planning has focused on refreshing my language skills, researching excursions and points of interest, and studying the map of the city because when I travel anywhere, I pretend to be a resident. Perish the thought that anyone would think I'm a tourist.

Initially, I had a travel companion but he had to cancel on me, so I decided to venture out on my own. I’ve never been to Europe—a fact I am loathe to admit at my age, but when I had the time, I didn’t have the money, and when I had the money, I didn’t have the time. Well, now I have the money and I’m making the time. My cancer experience reminded me that life is unpredictable and far too brief, so that which we want to do should not be postponed.

To prepare for my trip, I bought a Fodor’s guide to France because I thought my travels would extend outside of Paris to Champagne and the Loire Valley. I enjoy drinking and learning about wine so touring some of the wine country appealed to me. I’d originally planned to go for twelve days. However, venturing out solo, I decided that six days would be more affordable, and I might start feeling lonely at that point. While I embrace solitude, I am also a social creature by nature. In the end, I decided to focus on Paris, spending only one day away from the capital at Versailles.

Once I reached out to friends about my trip, people offered various books for my research and suggestions for places I should visit. My desire to learn more about the city spurred purchases of a couple amazing reads from authors who reside in Paris and now give walking tours to visitors. John Baxter, a native Australian, is the author of The Most Beautiful Walk in the World and has been living in Paris since 1989. David Downie, author of Paris, Paris: Journey into the City of Light, is a native San Franciscan who has lived in Paris since the mid 1980s, though now he splits his time between France and Italy. (I may actually have the opportunity for a quick coffee with Mr. Downie and have him sign my book. We've been emailing.)

Mr. Baxter lives in the 6th arrondissement (municipality) on the Left Bank where I am staying, and Mr. Downie lives in Le Marais (The Marsh) which spreads across the 3rd and 4th arrondissements on the Right Bank. 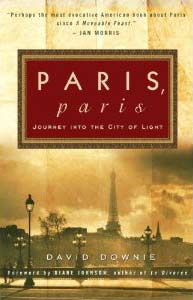 John Baxter writes in The Most Beautiful Walk in the World that the 6th is equivalent to Greenwich Village or Soho in New York City. It is also the most expensive arrondissement in the capital. (Note: I secured a great deal on a studio through Airbnb.com. To be a resident, one should stay in an apartment instead of a hotel. That's my thinking anyway. I recommend checking out Airbnb.com next time you travel. ) 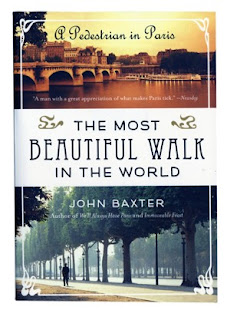 These books provided me an intimate knowledge of Paris. The writers' insider perspectives and stories sparked an excitement I've rarely experienced before visiting a new place. These authors provide to the curious and adventurous a history and discovery of local gems they have encountered during their years residing in and walking around the City of Light that are not listed in many of the major travel guide books.

My reading list also included Ernest Hemingway’s A Moveable Feast, which chronicles his time as an ex-patriot in 1920s Paris and details his relationships and interactions with other writers and artists—Scott and Zelda Fitzgerald, Gertrude Stein, Ezra Pound, to name a few, and with his first wife, Hadley. I purchased a paperback copy of A Moveable Feast back in the early 90s that was suggested to me by a co-worker, who was a huge Hemingway fan and whom I had a crush on shortly after a painful break-up.

A couple months ago, I plucked that worn paperback off the shelf to reread it. After all my previous reading and research, it was interesting to see the names of cafés—Les Deux Magots, Brasserie Lipp, and Closerie des Lilas—that are still operational today that Hemingway wrote about in his book. 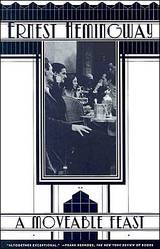 My trip-related studies included hours of perusing the map of Paris streets and the Metro (the Paris subway), in order to know how to maneuver my way through it. The Paris Metro appears to be much like the New York City subway, so I’m not too concerned. Etched in my mind is the location of every major point of interest with respect to where I am staying on the Left Bank.

I feel infinitely more secure when I know where I am going and what is around me. However, one additional navigation tool was necessary to provide that extra bit of security—the Paris2Go application for my iPhone. Instead of pulling out a large map and revealing to the world I’m not a local, I will use this discreet guide/map during my explorations of the city. The beauty of this app is that it’s functionality is not tied to Internet or Wi-Fi; all content is available offline—a total win.

The final details included purchasing Medical Evacuation insurance for my trip because my health insurance does not cover overseas medical care or repatriation of my body, should I die in France, which I am not counting on happening. I borrowed an electrical adapter from a NFL coworker (thanks, Sid) even though the woman I am renting my apartment from is supposed to be providing one. It never hurts to have a back-up, just in case.

I informed my credit union and credit card company of the dates I’ll be traveling overseas and made copies of my passport. One copy will go to my sister in New Jersey, the other will stay at the studio I am renting in Paris. This is a precautionary measure should my passport be lost or stolen.

All loose ends are tied up and I am ready to embark on my solo adventure, living in Paris for a week. A college friend who has lived in Paris for twelve years now (I did not know this bit of info until recently) has been kind enough to offer to meet me at Charles DeGualle Airport to make sure I get to the apartment without any mishaps. Plus he will be spending some of the first day—possibly the second one too—of my trip with me. His guidance will help me to get acclimated before I set off on my own for the remainder of my trip.

It will be, for me, a huge adventure. For some people, traveling overseas solo is not a big deal, but it is to me. I still think of myself as that small-town girl from southern Indiana who has yet to become the cosmopolitan, self-assured woman I always dreamed of being. Perhaps this trip will transform the way I see myself. Stay tuned… à bientôt!
Posted by Deborah at 8:54 AM