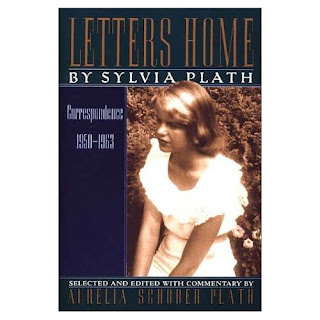 The third Writing for Your Life workshop for cancer survivors concluded Monday evening. This one posed some challenges as we canceled once due to inclement weather and another time due to a death in my family. The group was smaller than usual though it was supposed to be the largest to date. I even gave a one-on-one session the evening of January 24, so the usual group dynamic was lacking. I felt bad for the participants because they missed out on the camaraderie and support inherent in a larger group. Still, I believe what I had to share was of value—and healing.

Writing has been an essential tool for healing my emotional and spiritual wounds ever since I commenced journaling in 1992. For nearly two decades my journals have been constant companions, seeing me through romantic vicissitudes, career struggles, moves to various cities, extraordinary achievements, moments of deep sorrow and conflict, and my leukemia treatment and recovery period, to name a few.

In 1992, during my years at Indiana University studying theatre, I was cast in the role of Aurelia Schober Plath in the play Letters Home. (At age 26, I was cast as a 67-year-old woman* – only in a college environment or community theater would that happen.) The play was adapted from the book Letters Home, a compilation of poet Sylvia Plath’s letters to her mother (Aurelia) from the time she left for Smith College in 1952 until she committed suicide in 1963. This full-length play was the first time I performed a two-person show. I had minimal onstage experience but was determined to prove I was more than capable of tackling the role.

Thrilled to be cast, I enthusiastically dove into my research, reading the book, Letters Home, in its entirety and hungry for information, devouring any other resource materials I could get my hands on. One day in the book store I discovered The Journals of Sylvia Plath, a small paperback that cost $6.95. This inexpensive gem further illuminated Sylvia’s life and the relationship with her mother.

I was mesmerized by Sylvia’s prose and the way she utilized language to describe and convey every nuance of her surroundings and people, her torment trying to compose the perfect poem, her fragile emotional states (they were many) when rejected by publishers or lovers, her distress when anyone criticized her work, her vacillation between bliss and despair during romantic affairs, especially her desire for fellow poet, Ted Hughes, whom she eventually married. She adored him, but a few years later, they separated. The discovery of Sylvia’s rich, intense inner life and how she recorded it all in elaborate detail intrigued me, so I decided to begin my own writing journey.

A few days later, I purchased my first journal and used it to jot down thoughts and ideas I had for creating the role of Aurelia. The picture on the cover of that journal was Georges Seurat’s pointillist masterpiece Sunday Afternoon on the Island of La Grande Jatte. Having an almost-minor in art history, I knew this painting well and thought it was gorgeous, so I scooped up the journal and paid for it. A white ribbon marker was attached to it, which would later prove to be an accomplice in the slow unraveling of a five-year relationship. (Darn those page markers, but that’s another story.)

I share an excerpt from that first entry here:

June 9, 1992 (Tuesday) - Since I have been studying Sylvia Plath’s life—reading her letters, poetry, and journals—the desire to record my feelings and the events in my life has intensified. The way she expresses herself and the eloquent language she uses, composing impeccably structured sentences and possessing an extensive vocabulary sparks a bit of jealousy in me, for I’ve always thought writing a story, play, or a novel would be so gratifying.

Doing this play has me totally consumed with knowing Sylvia, even though I play her mother, Aurelia. But what better way to portray a mother than by knowing her daughter intimately? Sylvia’s life (as well as Aurelia’s) was fascinating, and I feel extremely fortunate to have this opportunity. Tomorrow I start memorizing Act II.

Throughout the years, I have used my journal in various ways:
These are only a few examples of how I use my journals. I have completed twenty-one journals to date, and all of them have proved to be effective tools for self-discovery and providing insight. They are a place where I can pour my thoughts out onto the page when I feel unable to talk to anyone about what it is I’m feeling or going through, especially late at night when I refuse to impose on anyone. The journal is my friend—an accepting, nonjudgmental companion.

As I prepare for upcoming journaling workshops, I plan to include posts in The Feisty Liberal about the healing benefits of journaling or expressive writing, types of journaling, tips for journaling, resistance and blocks to writing, and writing prompts and resources for anyone interested in starting or expanding their own writing journey.

I owe a huge thank you to Sylvia Plath. Her creativity, zest for life, and passion for the written word as well as how she honestly and fearlessly confronted raw emotions are what inspired me to start a journal and to continue journaling throughout the years.

If you keep a journal, who or what inspired you to start? When? Where? I’d like to know.

* I am unable to verify Aurelia's age in the play, but this is the number that sticks in my mind.